I recently returned from another liveaboard trip, this time in Raja Ampat. I’m writing this blog in Sorong, after just having disembarked from the Sea Safari 6. We spent 10 days diving both the south and north of Raja and it was pretty spectacular. I was lucky enough that Safari Bali saved me a free spot on the boat again, allowing me to do research. The only thing I had to do in return, was talk about fish, since I do that all the time anyway, I consider this to be a pretty sweet deal.

The Raja Ampat region is found in the east of Indonesia, in the province of West Papua. The name “Raja Ampat” means “Four Kings” and comes from a local legend. The legend tells of 6 eggs that were found and from which 4 kings, a woman and a ghost hatched. In marine biology circles, the area is known as the global centre of marine biodiversity. It lies in the very centre of the Coral Triangle and is home to nearly 600 coral species and 1600 fish species. For comparison, the entire Caribbean has less than 70 species of coral.

Unknown to most people, the Birds of paradise found here and in the Halmahera region further west also played an important role in publishing the theory of evolution. Between 1854 and 1862 Alfred Russel Wallace traveled and conducted research in Borneo, Sulawesi, Halmahera. He was collecting specimens of all kinds of animals, amongst others the birds of paradise found in the region. His observations of these birds helped him develop his own theory of evolution, parallel to Darwin. Darwin had been working on his manuscript for many years, but was hesitant to publish any of it. A letter from Wallace to Darwin, in which Wallace explained his ideas, sparked Darwin to finally publish his magnum opus. Darwin presented the article “On the Tendency of Species to Form Varieties; and on the Perpetuation of Varieties and Species by Natural Means of Selection” in 1858 at the Linnean Society as a joint work from himself and Wallace. Once Darwin’s “On the Origin of Species” was published, Darwin ended up getting all the credit for the theory, but if not for Wallace and his birds of paradise, things could have turned out very different indeed.

While the birds of paradise are pretty amazing (we did go on land for a few hours to try and spot a few), the reason for this trip was to observe the diversity under water. This was the second time I dived Raja Ampat, and I can tell you it is fantastic. I’ve never dived anywhere else where the colours are so…everywhere, just everywhere. The quantity of soft coral, gorgonian seafans, corals, sponges, ascidians, etc is just staggering. You’ll find shades of every colour everywhere, some sites are so overwhelming that you’d almost forget to look for small critters and instead just float around to try and take it all in. Especially when there is a lot of sunlight and strong currents ensure all soft corals look like pink, orange, yellow, purple or white balls of fluff spread out over the reef. One such dive prompted the comment “This must be the campest divesite ever!”, and I couldn’t agree more. Many of the divesites around Raja Ampat look like the marine equivalent of letting a 6 year old kid decorate the Christmas tree… 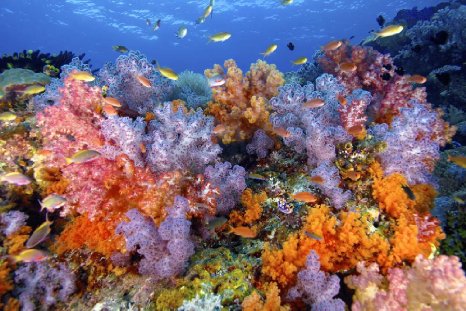 Of course the diversity extends beyond corals, the fish life is just as great. It might be harder to find critters than Komdo or Lembeh, but there is a lot to make up for that. One of my favourites are the wobbegongs you find everywhere, especially at the northern divesites. But it’s also great to see all the schooling fish, and a very healthy amount of predators. We’ve seen a fair few sharks, tunas, Spanish mackerels, and other pelagic predators you don’t see very often in Indonesia. It’s also great to see lots of large groupers, since they are a very popular food-species, having a lot around means that protection is working and fishing pressure is not too high. 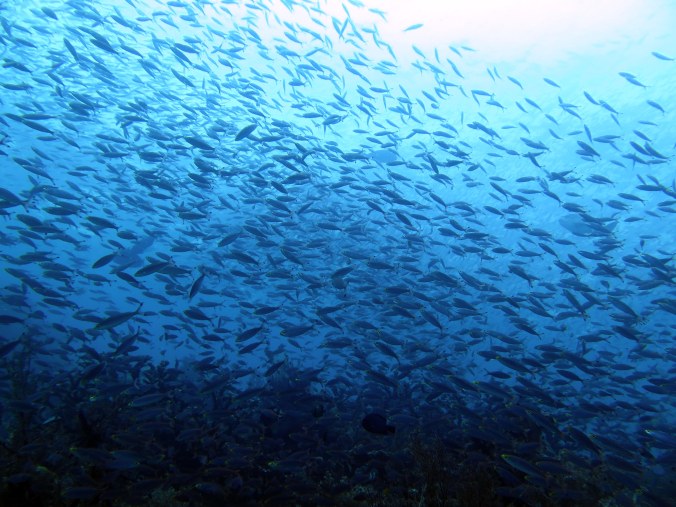 This protection can be credited to the efforts of many local and international NGOs working in the region. Their work helped motivate local and national governments to establish Indonesia’s first MPA (Marine Protected Area) network. Raja’s 15 MPAs protect nearly 6 million hectares of marine habitats. The area is also a shark sanctuary where capture and killing of sharks, rays, dugongs and turtles is prohibited. To me, knowing that this beautiful area is being protected in the best possible way makes diving it an even more rewarding experience.