It’s July 2020 and more than 3 months of COVID19 isolation is starting to grate on me. Time to relive fieldwork from earlier this year, when travel was still possible and exciting research was happening! 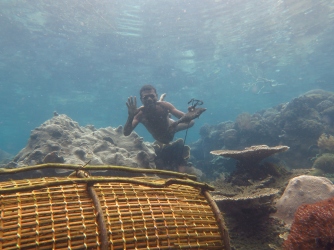 Fisherman at a survey site

My fieldwork season for 2020 promised to be a very exciting one. Not only were we planning to survey coral reefs in Flores with a great team, I even got support from National Geographic to explore some of Indonesia’s most remote reefs.

In the start of March I picked up my genetically-inclined colleague Alessia Bani from the airport in Bali for what turned out to be quite the adventure. We had 2 months of eDNA sampling and exploring ahead of us, mostly in places I had never visited, let alone dived before! Our first destination was Alor, a spot where I had been dying to get to for years. 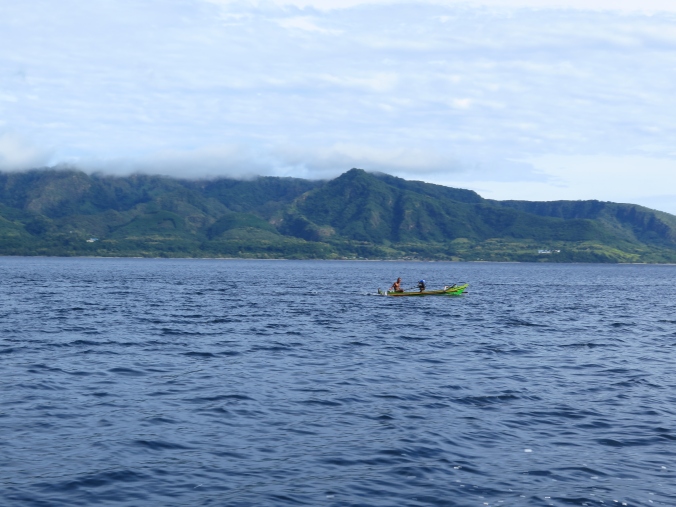 Heading to a survey site

Alor is fast becoming known as a place for great muck diving, but also for excellent reefs and even big stuff (hammerhead sharks!). It’s still not the easiest place to get to, but once you get there, oh boy does it deliver! I can honestly say that it has been one of the most enjoyable places I visited in the last 3 years of fieldwork.

We stayed at the very hospitable Air Dive, where our host Acionk and the rest of the team made us feel not just welcome, but part of the Air Dive family. They made our surveys into the easiest and most pleasant fieldwork we’ve done for this entire project. 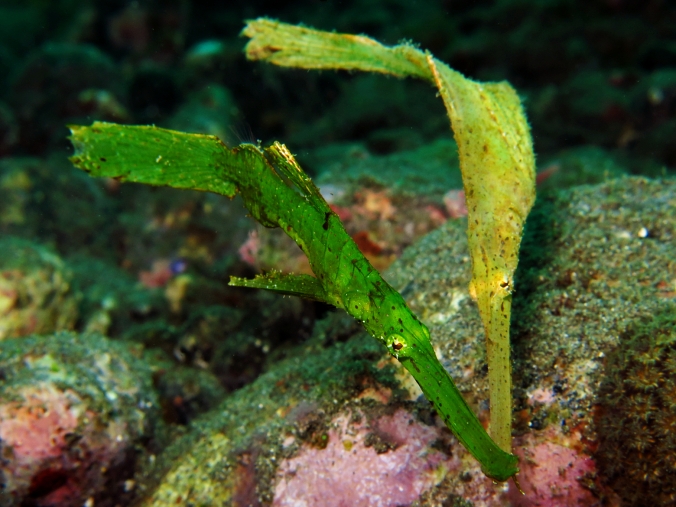 Our reason for being in Alor was obviously more than just good company. We were in Alor to study coral reefs and collect eDNA. This method is great to get fantastic amounts of data on the diversity of life on coral reefs, but unfortunately it also means very short dives and lots of time spent filtering water at the surface. And trust me, when you’re in Alor, you want to spend as much time as you can under water. While we purposely visited healthy and damaged sites, the abundance of life was great. We had amazing coral reefs, plenty of fish, some very cool critters (frogfishes, ghost pipefishes, plenty of nudibranchs,…). If we could have spent an extra week just fun diving we definitely would have.

The place wasn’t just great under water, there is SO MUCH action on top as well. Alor Strait is home to two resident dolphin pods, one of which frequently hangs out just out front of the place we were staying. We were also lucky enough to see a strong upwelling event, where (very) cold water rises to the surface. As a result, many smaller fish get a cold shock and die or get temporarily paralysed. The sudden abundance of motionless tasty morsels meant a free feast for the dolphins, as well as the local people, who came out with every pot, pan, net, or other random scooping implement of choice. 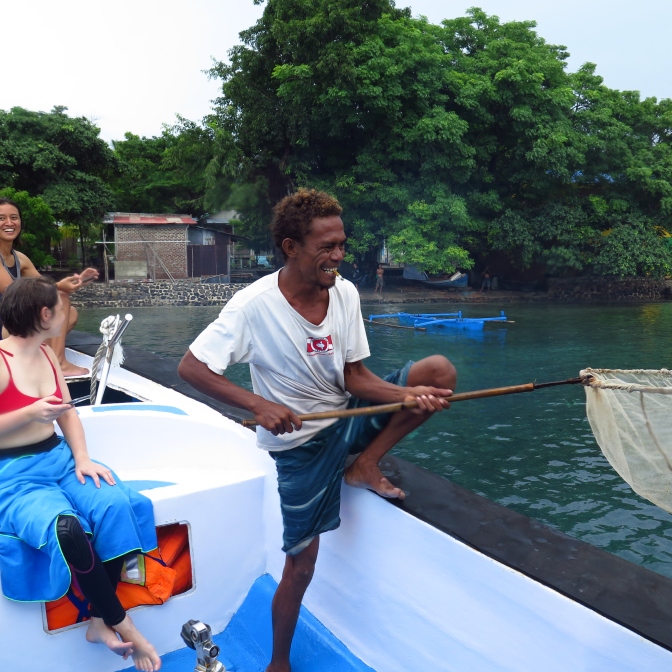 We finished our non-diving day with a visit to the local dugong, Mawar. Mawar’s name (=Rose) turned out to be a bit of an awkward choice, as this particular rose was a hefty male dugong with anything but delicate flowers on his mind. As we were told, he is the only dugong in the area and gets quite lonely. So any visitors are greeted with overly enthusiastic hugs, which is why nobody is allowed to swim with him anymore. In absence of humans in the water, dear Mawar seems to have taken a fancy for boats. If you want to know just how much of a fancy, let’s say that if I posted some of the pictures I took on this blog, it would probably get taken offline for inappropriate content… 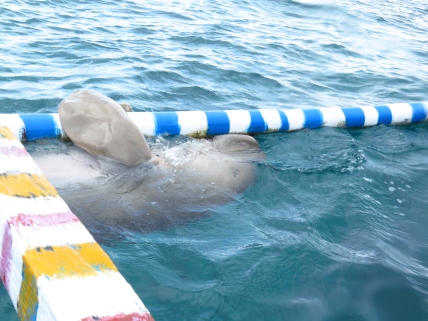 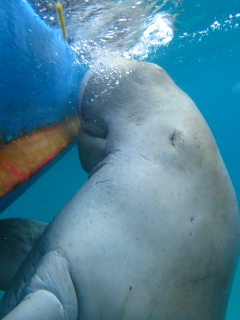 In short, we had a fantastic time in Alor, seeing 9 dive sites was nowhere near enough and I hope to get back sooner rather than later. A big thank you to the Air Dive team, while I am normally not one to advertise dive centres on this blog, they helped us out far beyond what was needed and were just the friendliest bunch of people. Sampai jumpa lagi!