As promised in a previous blogpost, it is time to get into another hotly debated topic in biology that most non-biologists wouldn’t even think was an issue at all. This is a big one, as it underpins pretty much all biology: “What is a species?”. I would argue that this question needs two important additional questions: “Why does it matter?” and “To whom does it matter?”. Since I am only human and like postponing difficult tasks at hand, let’s start with the follow-up questions. 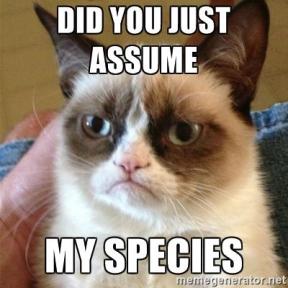 To whom does it matter that we are capable of telling one species from another? Besides looking like a smart cookie when telling your fellow divers/birdwatchers/plant enthusiasts which species you’ve just seen, it doesn’t matter very much to be honest. We are no longer hunter-gatherers, so being able to tell which species you can eat, and which ones will will eat/kill you, doesn’t matter that much anymore. In other words, the discussion in the rest of this blog is mostly an issue for taxonomists, but it gives an interesting insight in how simple concepts can be quite complicated when you look closer.

Why does it matter then? For two reasons:

A logical follow-up question (in my mind) would be: “what does it matter if one species that looks a lot like the next goes extinct?”. This is a valid question, but would require a long (and interesting) scientific and philosophical discussion. 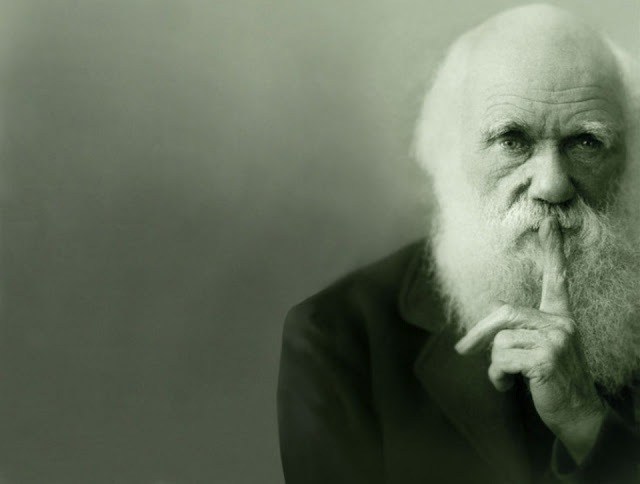 Struggling to define what a species is? Don’t worry, so did Charles Darwin (photo source: www.brainpickings.org)

Back to the species concept, which seems obvious, but really is not. The question has been asked for centuries by many renowned scientists. Two of which were none other than Charles Darwin and Alfred Russel Wallace. It could even be claimed that this question is what eventually led to the theory of evolution, which essentially tries to explain how different species come into existence. It is obvious that you need to know what a species is before you can answer that question. Sometimes it is easy: the majority of people can tell the difference between a cat and a dog, but it becomes a lot more difficult when species look very similar. Try asking a marine biologist what the difference is between a Slingjaw wrasse (Epibulus insidiator) and a Latent slingjaw wrasse (Epibulus brevis), or between a Thin Ghostpipefish (Solenostomus leptosoma) and a Robust Ghostpipefish (Solenostomus cyanopterus). Go on, give it a go, it’ll be fun to see them struggle! (Smart-ass tip: a spot on the dorsal fin & smaller adult size / No difference, they are most likely the same species). 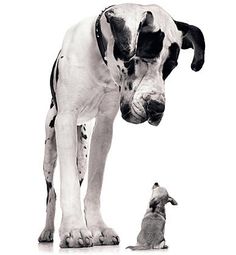 They might look different, but are the same species. Photo source: www.dogguide.net

The problem is how do you define a species? At what point is an individual that looks different than “the norm” a different species, rather than just natural variation? Dogs can look as different as Danish dogs and (rats) Chihuahuas but are all the same species. Compared to those two, lions and tigers look much more alike, yet they are very different species. The classic definition of a species (if they cannot have fertile offspring they are different species) works in most cases. Lion + Tiger = Liger, but ligers are infertile. I don’t know what Danish dog + Chihuahua would look like and I wouldn’t get ethics approval from my university to test it, but presumably the result would be a fertile dog.

So far the normal situation, but what happens when different species mate and have fertile offspring (hybrids)? This is surprisingly common in the ocean. Hybridising fish are not that rare if you know what to look for. I have personally seen it in Clownfish and Surgeonfish and almost certainly in Frogfish and Ghostpipefish. But is has also been recorded in groupers, manta rays, butterflyfish, angelfish and wrasses.

In this case, can we say the parents are different species because they look different, behave differently, and typically live in different regions? Or are they a single, highly variable species, the way dogs are? Traditional taxonomy focused on what species looked like, would say they are different species, but not everyone agrees with this. A recent example from the pygmy seahorse world: Hippocampus severnsi and Hippocampus pontohi were described as two different species. However, new (yet unpublished) research shows that they are genetically identical, so the name H. severnsi was removed and they are now all called H. pontohi. I’d imagine much to the annoyance of Mike Severns, who no longer has a cool animal with his name on it. 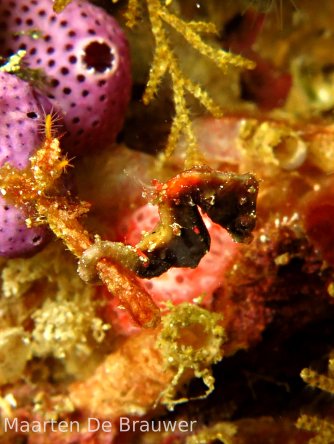 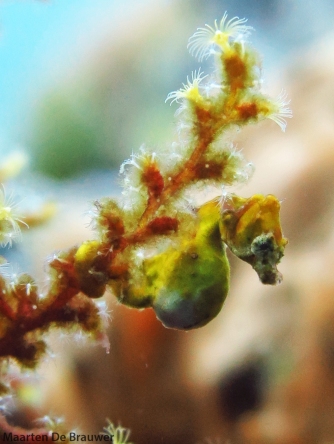 Is genetics the solution to the problem? Depends on who you ask. Geneticists tend to say yes, old-school taxonomists tend to be a bit less convinced. Each side has very valid arguments, one of which is how genetically different do individuals have to be before they are considered different species (sound familiar?). Different cut-offs have been proposed, but as far as I know, there is no real consensus (please correct me if I am wrong geneticist-readers). Another serious issue is how to classify small life forms like microbes, this article has a great summary on that if you are interested.

If you think this is getting too complicated, it might be best not to become an evolutionary biologist or taxonomist, because things actually get a lot more complicated than what I described. Suffice to say, for biologists the term “species” is still not a clearly defined concept. But luckily for non-specialists, the essence of the debate is about such fine details that it really shouldn’t be keep you up at night.