Last month I had to make a short and unexpected trip back to Belgium. In the short time I was there, two friends who are high school teachers decided to enlist my services to teach a few guest classes. So I (rather surprisingly) ended up talking to a bunch of 14-to-16- year-olds about how great weird fish are.

To say that this was a different crowd to my usual audience (scientists, enthusiastic divers, etc.), would be a bit of an understatement. Communicating about the ocean with teenagers living in a big city, most of which have never snorkeled in their lives, was a refreshing challenge. How do you get high school kids whose main interests are.. (what are they even?) to listen to stories about fish?

Turns out the trick is….the same way as getting most other people’s attention: by piquing their interest with stories about gore and sex,  and cool videos. Not of the gore and sex (that wouldn’t be allowed in high school I think). Showing videos of hunting frogfish, or of flamboyant cuttlefish wandering around definitely worked better than just pictures. Not-so-much to my surprise, telling stories about the aberrant mating habits of fish and comparing it to teenagers’ normal school interactions with the opposite sex also seemed to get their attention. So much actually, that it inspired me to write the sex under the sea post from last month! 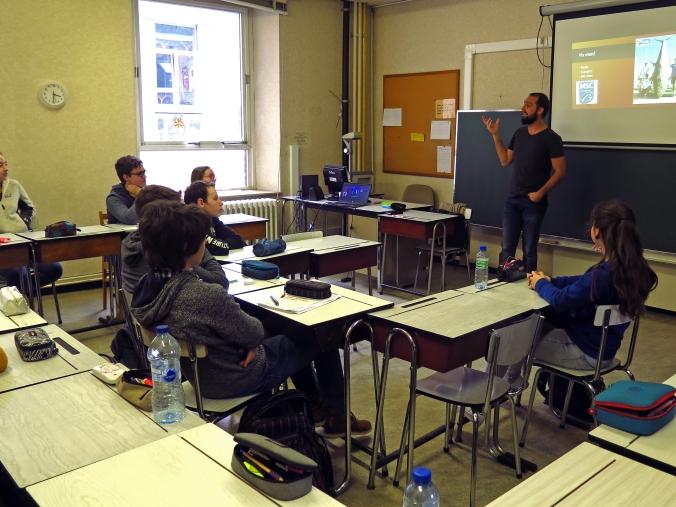 Not my usual setting – teaching in a high school in Belgium