This is blog is a story about more than just a new publication, it is also the story of how I became a full time marine biologist. The publication might have come out only last month, but its story began more than 5 years ago on an expedition site in the Philippines…

It is on that site where I met my good friend Eva, who asked me at the end of the expedition if I wanted to join her on the Great Barrier Reef (GBR) for a couple of months of fieldwork. At that point I had no idea that we would be studying cleaner wrasses and parasites, but who would say no to such an offer? 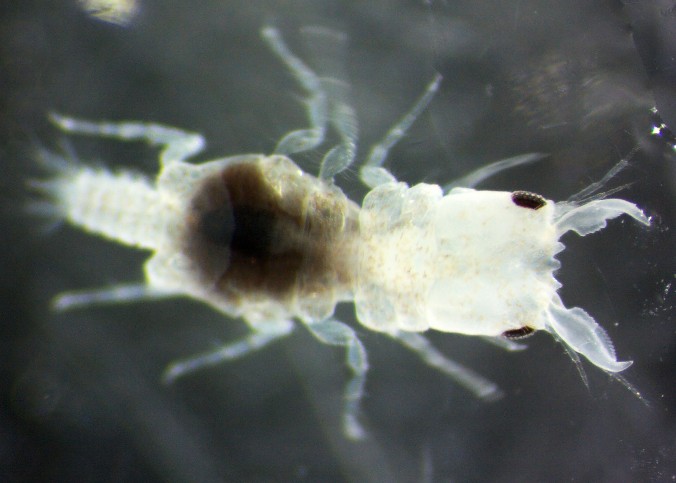 So November 2012 found Eva and me in a tiny plane, on our way to Lizard Island while  enjoying the amazing views over the GBR. The fantastic research station on Lizard Island would be our home for more than three months while we were conducting a series of experiments designed by Dr. Lexa Grutter, one of the world’s experts on cleaner wrasses and fish parasites. 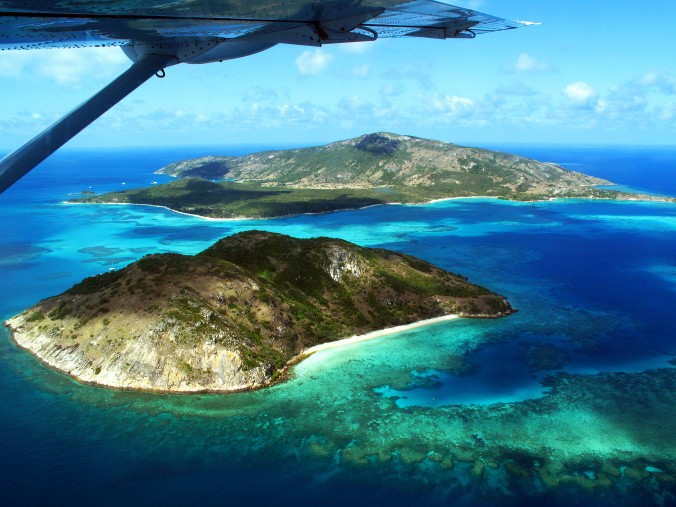 The experiments we were doing are part of a much larger project that’s been ongoing since the year 2000. The base of the project are 16 small patch reefs, half of which have had their cleaner wrasse removed from the start of the project, and the other half was left alone. To make sure the “removal reefs” stay cleaner wrasse-free, they are regularly checked for new cleaner wrasse, which are removed when found. This amazing setup makes it possible to see how reefs without cleaner wrasse are different from reefs with cleaner wrasse. 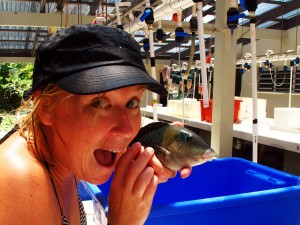 Our particular experiment was designed to test if the number of gnathiid parasites (basically the mosquitos of the sea) were different when there are no cleaner wrasses on a reef. Cleaner wrasse eat the parasites off fish, but it’s unclear if they eat that many that it has an effect on the total number of parasites on coral reefs. The best way to count parasites is by using living fish as bait, Eva and me used the beautiful thicklip wrasse (Hemigymnus melapterus – aka “Hemis”). Our lovely hemis were put in traps which were placed on the different reefs for 12 hours. The traps are specifically designed containers that let the smell of fish out, and would allow parasites to enter, but not to escape.

We did two main sampling periods, each three weeks long, centered around the full moon. During sampling, our daily routine was to get up well before sunrise, collect the fish that were put out the night before, and deposit a new batch of fish. The main part of the day we would collect the parasites from the traps, and tend to our Hemis and their aquaria. At sunset we would collect the morning traps + fish and deposit a new batch of traps + fish. The days ended with collecting the daytime parasites. I can say in all honesty that I haven’t done such a tiring, but simultaneously exciting fieldwork experiment since. 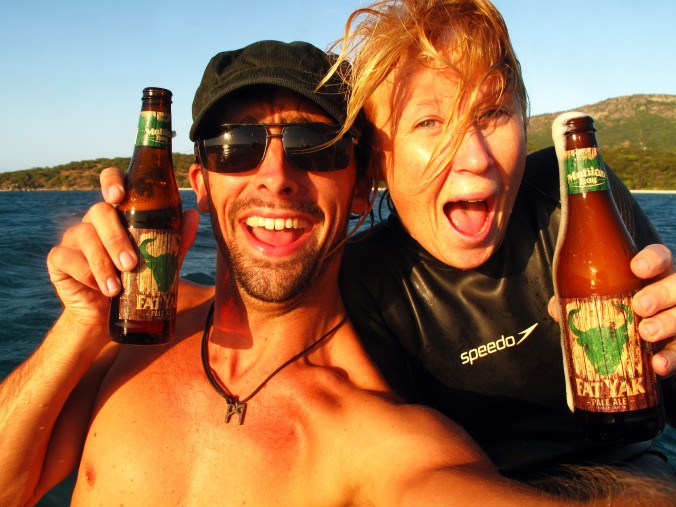 The end of a big experiment: time to celebrate!

The work we did provided only half of the data, more data was collected from similar experiments conducted by other colleagues, using different fish species. Afterwards there was a lot of lab work done by yet other collaborators, who counted and identified all the parasites. Only then could the data by analysed and written up. Sometimes experiments are quick and easy, sometimes they take a massive team effort! 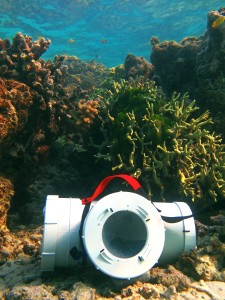 Parasite trap on the reef

So the results are in now, and they are very cool. The main story is that when cleaner wrasse are present on a coral reef, they indeed have an effect on how many parasites infest fishes. But… The effect only happened by day, and only for big fish species such as our thicklip wrasses. For smaller fish species like damsel fish, there was no difference whether or not cleaner wrasse were present on the reef. Also very interesting is that cleaner wrasse only have an effect on the parasites that are active by day.

What does this all mean? In short, it seems to indicate that cleaner wrasse not only directly remove parasites from fish, but they do it so efficiently that it keeps the parasite numbers down in the areas where they clean fish. This is in turn good news for all the other fish on the reef, as living in an area with less parasites is much better for your health than living in a place full of parasites. Just think about it, how much would you enjoy living in a mosquito-ridden swamp? This experiments shows that cleaner wrasse are at least partially responsible for removing the mozzies from your swamp!

This paper means more than that to me, it means very fond memories of tiring sampling sessions, crazy-pants parties, beach runs, sunset drinks, meeting some fantastic people,… But more than that, the work involved made me realise how much I enjoy doing research, and it is what made me decide to pursue a PhD in marine science. So being able to write a blog about this paper while I am in the final stages of writing up my PhD thesis very much feels like things have come full circle.

One thought on “New publication: Parasites on the Great Barrier Reef”