Great news! I can finally share the reason why I was playing around with fluorescent torches for the last three years. The main biofluorescence paper I have been working on was published two weeks ago in the journal Conservation biology, happy days!

Previously I have written blog posts about funky biofluorescing fish, publications on frogfish that might be using fluorescence to attract prey, or just some funky fluo pictures to keep you you entertained. This particular story is about why I started working on biofluorescence in the first place and how the results of the research might help to protect little critters.

As anyone who has ever tried to find small or camouflaged critters during a dive will be able to tell you, the little guys are pretty hard to find! This isn’t just a problem for a dive guide who wants to show pygmy seahorses or small frogfish to his divers, it is also a very real and well-known problem for marine biologists trying to study them. Finding these “cryptic” critters might be a headache for divers, but there is much more at stake when you are trying to collect data about critters that might be endangered with extinction.

If you are trying to figure out if an animal is endangered, the obvious first thing you want to know is “how many of them are out there?”. All good and well when you are studying elephants or giraffes, but slightly more tricky when you’re studying pygmy seahorses or a tiny goby that’s less than 3cm long! Not finding any pygmy seahorses or gobies could just mean that you didn’t look hard enough.

Scientists have three different ways of coping with this issue:

So what has biofluorescence to do with finding cryptic fishes? A few years ago, a paper was published that stated that biofluorescence is common in camouflaged fishes. The work looked into evolutionary history, but the main idea triggered a little light bulb. I had previously seen coral researchers use biofluorescence to find baby corals (which are tiny, transparent, and VERY hard to see), so I wondered if the same technique could be used on cryptic fish. 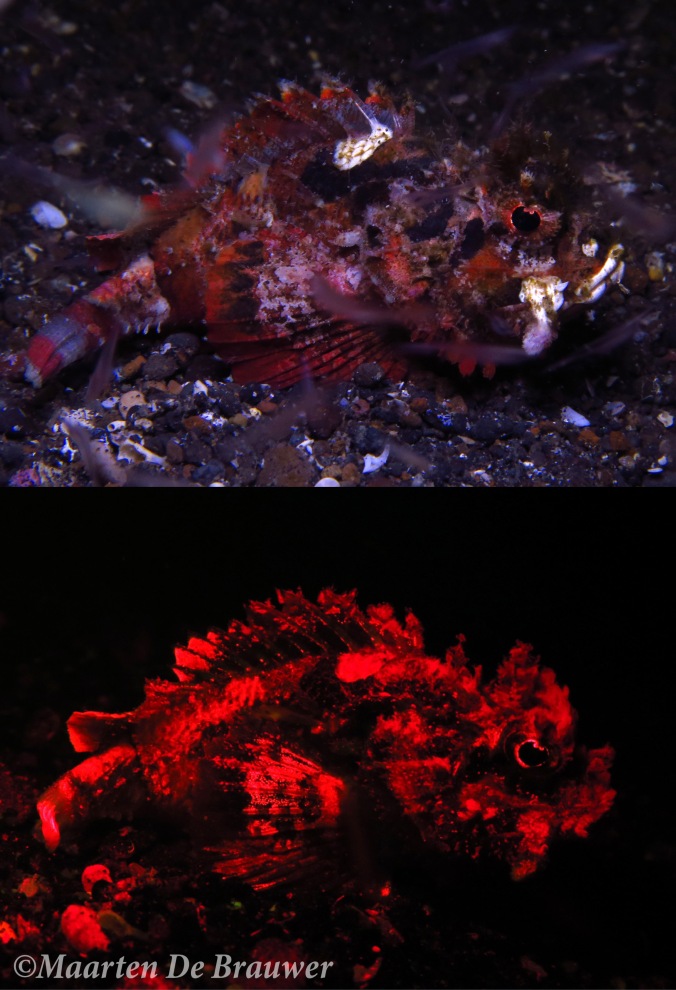 The same bandtail scorpionfish (Scorpaenopsis neglecta), with and without fluorescence

So I decided to test it as a part of my PhD. I was very lucky to get support from multiple divecentres which helped me to go fluo-diving all across Indonesia and the Philippines. In the last 3 years I did over 200 dives observing, investigating, counting, and cursing fluo-and non-fluorescent fish. The results are published here, but the answer is: Yes, you can use biofluorescence to count cryptic fishes.

What was also really exciting (to me at least) is that I discovered that pygmy seahorses are fluorescent as well! Using fluorescence I found twice as many Bargibant’s pygmy seahorses than without the fluo torch. As if they weren’t cute enough already, these little guys are fluo pink when you look at them with the right tools! 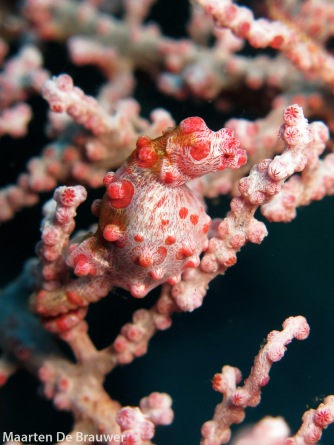 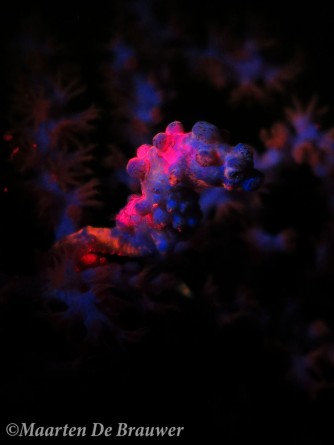 Fluorescing seahorses are not the only reason why I am excited about this new publication…although it probably plays a bigger role than it should in order to call myself a serious scientist 😉 The great thing is that this is an easy and cheap technique that could help researchers study and conserve small fishes more efficiently than before. And in the end, that’s what it’s all about for me, making sure the oceans remain an amazing place full of critters to enjoy looking at… 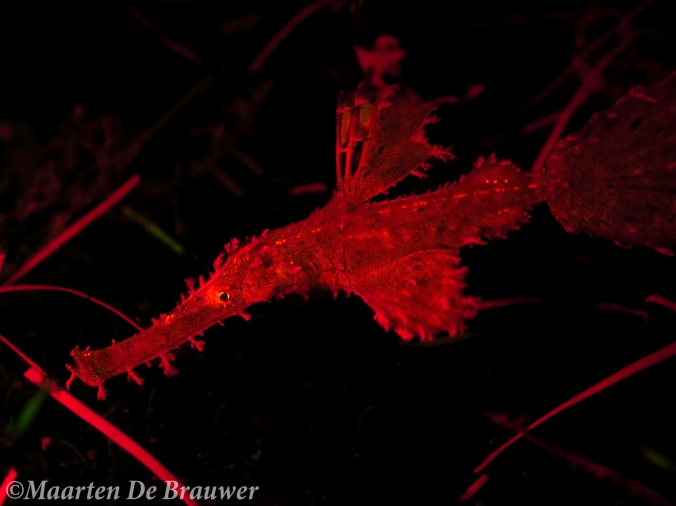