Growing up isn’t always easy, going from the playful life of a child to become a (seemingly) functional adult takes blood, sweat and tears. Anyone reading this blog who longingly remembers the awkward changes your body goes through puberty, please feel free to share in comments below whether it was the pimples, the voice changes, gangly limbs or any other similar affliction you’d like to get back in your life. I am fairly confident the comment section won’t be overly populated. If you think growing up was hard for you or any other human, take some time to consider how much more extreme becoming an adult is for fish.

As you or may not know, most fish start their life as transparent larvae, floating through the blue. Once they are large enough to become proper fish, they “settle” on the reef. This settling is the first big growing up fish have to do.  Forget about years to grow from a baby into a teenager. Typically within less than 2 days, the freshly arrived larvae change colour and massively grow in size. If you think changing colour and doubling in size within a month isn’t hard enough as a childhood, consider the following. Over 50% of baby fish arriving on the reef get eaten within the first two days of arriving on the reef! Talk about a bad first day at school… 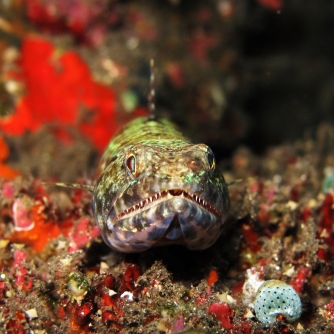 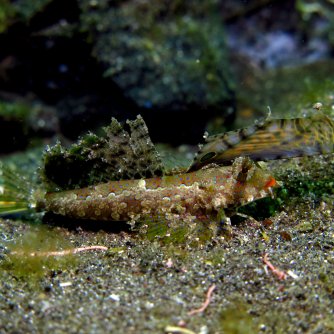 Childhood might be the most dangerous time for fish, but that doesn’t mean puberty is any easier. While we humans complain about acne and high pitched voices, fish have got other things to cope with. Many fish change colour again as they become adults, which is a minor nuisance compared to the fact that some radically change shape. Good examples are batfishes, which start by looking like leaves or flatworms to then turn into a relatively boring plate-looking fish. 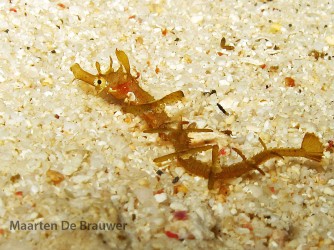 Shapeshifting is peanuts compared to a process many fish have go through during puberty: sex change. Many fishes are born as one sex, but will turn into the opposite sex as they grow up. The best known example are clownfishes, which are all born as a male, but turn into females later in life. Including this process would have made “Finding Nemo” a much more interesting film in my humble opinion. Other species, such as parrotfishes and wrasses are born as females, but then turn into males as they grow up. While surprising to most people, the whole sex change thing is actually very common in the ocean.

Part of growing up in humans is learning to appreciate different kinds of food: whether it’s vegetables, olives or alcohol, children like different things than adults. The same goes for many fish species. Frogfishes for example start by mostly eating small shrimp, and then evolve a more delicate palate including fish like seahorses, lionfish, or pretty much any other fish that fits in their mouth. Interestingly, for frogfish growing up can mean that you start of as prey for a fish, but turn into a predator for that same fish once you’re big enough. Conclusion: growing up can be difficult for any animal, but some have it worse than others. 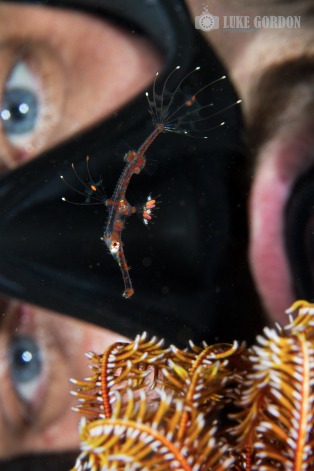