While I am currently immersed in an amazing project investigating muck critters, I have done research on more conventional fish in the past. One of those conventional fish, is the ever popular clownfish (aka “Nemo”). Clownfish might not be quite as amazing as Frogfish or Rhinopias, but they are pretty interesting and funky fish nonetheless.

Last week the research I did 2 years ago in Wakatobi got published. When I write the research “I” did, what I really mean is the research my good friend Emma Camp and me did with the help of a great bunch of people of Operation Wallacea. Besides these great people, there were some terribly clever people from the University of Essex and Curtin University who helped to make this a really neat paper. If you are interested, you can find the paper here,  but I’ll assume you haven’t got much time so here is the short version of what we found out. 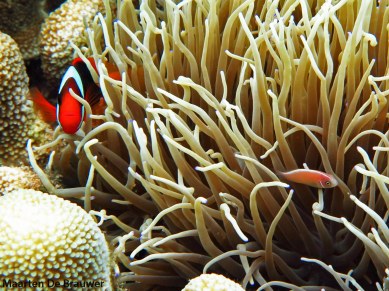 What is more, the species that shared their anemones were less aggressive towards each other than in anemones with only one species. This is probably because different species don’t have to compete over mates or (in some cases) over food, a win-win for all fish involved. After all, anyone who ever shared a house knows it’s easier to get along when  you don’t steal each other’s food or partner.

If you want to read more about this research, you can have a look at the media release or this summary. Or you can ask me whatever you want about it in comments below, certainly in case you can’t access the original paper. I’m planning to add a publications section to this blog in the near future, so stay tuned. 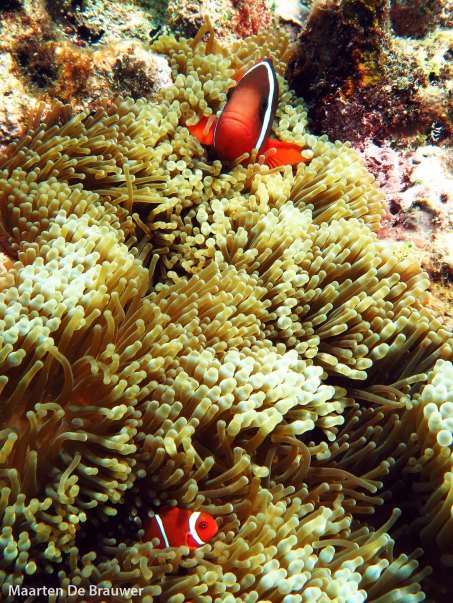 One thought on “New publication: For clownfish sharing means caring”