A new paper from my PhD research was published two weeks ago. This paper is the first of two papers that investigate the impacts of scuba divers. The title of this one is: “Time to stop mucking around? Impacts of underwater photography on cryptobenthic fauna found in soft sediment habitats” and was published in the Journal of Environmental Management. In the paper I describe how divers behaved while interacting with critters on muck dive sites and coral reefs. 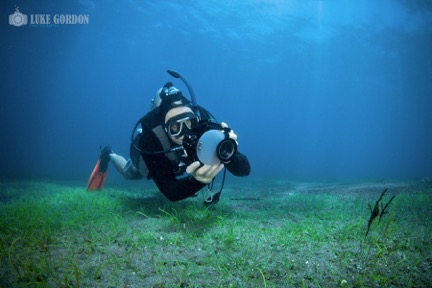 Underwater photography is fun, but what are the impacts? (Photo: Luke Gordon)

First a bit of context to this particular piece of research. It is well known that divers can cause serious damage to coral reefs, for example by accidentally kicking down coral with their fins, dragging equipment over the fragile bottom, or even breaking off bits of coral as a souvenir. We also know that wildlife photographers (under water and at the surface) can sometimes get carried away in their quest for the perfect picture, and show some very unethical behaviour while doing so. I have written about this before on this blog, but the recent story of yet another wildlife photography winner that was disqualified shows just how common this problem can be.

The goal of my research was to investigate how diver behaviour changes when divers are close to critters, if there is a difference between photographers / non-photographers, and how this changes on the sand versus coral reefs. Importantly, my goal was NOT to investigate if muck diving is a bad thing, or if photography should be banned. Ultimately, what this paper aims to achieve, is to help improve the sustainability of dive tourism.

I had some good fun observing divers in Indonesia and the Philippines during the fieldwork for this research. Divers were not told what research I was doing, to make sure they did not change their behaviour. Instead I explained that I was investigating the habitat requirements of little critters. This meant I had to pretend to be very interested in the bottom, while cheekily observing what divers were up to. To the point where all my notes had to be coded, so divers could not accidentally read what I was doing either.

So I was basically doing university-approved spying on people…the kind of things you end up doing for science 😉 In case  you were worried, all divers were informed of the real purpose of the research afterwards, and were asked for permission to use the (anonymous) data I collected.

The results of the research mostly confirmed what I expected and won’t come as a surprise to people who often go muck diving. When divers were close to critters (either just watching or taking pictures), they caused more impacts than when diving around normally.  During these “critter interactions”, divers touched the bottom three times as much than when they were not close to critters. During these interactions, divers that were taking pictures touched the bottom much more than the divers that were just watching marine life, or showing it to their buddies.

Luke photographing like a pro: great buoyancy control, no equipment dragging over the bottom, and touching nothing except his camera

Divers on coral reefs had much less contact with the bottom than divers on muck dive sites, until they started observing or photographing critters. Once divers were near small marine life, they touched the bottom just as much on corals as on sand. Basically, divers pay attention not to damage coral reefs, until they get distracted by an interesting little critter. 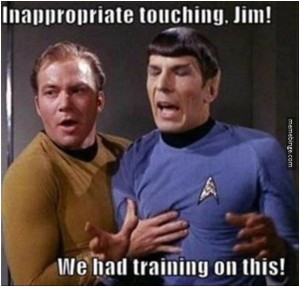 Finally, throughout this study, I very frequently  observed divers touching marine life. Despite the fact that every dive training organisation teaches people not to touch anything underwater, touching animals seems to be a common thing while observing and photographing critters. Sometimes this touching is limited to a minor “prod”, but at its worst, divers can rip of arms of feather stars, smack fish around (you read that correctly!) or crush frogfish under big cameras. It is clear that this cannot be the goal of muck diving.

How can we use these results to improve the sustainability of dive tourism? These three guidelines could already make a big difference:

In conclusion: muck diving and underwater critter-interactions have clear impacts, but it is possible to do something about it. The most important thing to start with is changing the mentality of quite a few divers who seem to think that their pictures are worth more than the damage they might cause to marine life.

PS: The paper is behind a paywall, but if you want to read it, please contact me via email or in a personal message on any social media (instagram, twitter, researchgate)

8 thoughts on “New publication: How well do divers, cameras, and critters play together on the sand?”